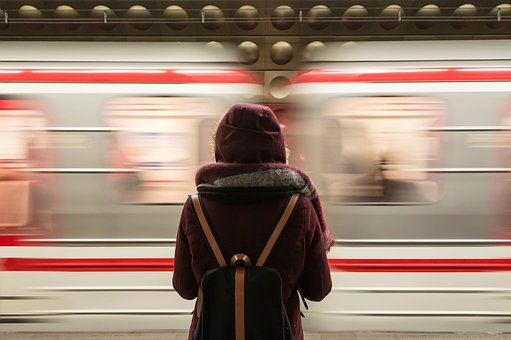 I am sure a lot of my readers have noticed that I haven’t been blogging on a regular basis. Give me a death sentence! No like seriously!

I have been cheating on blogging with sleeping. This is not the first time that I have mentioned it on my blog that I have a hectic travelling schedule that completely lets me cheat and sleep.

All that being said, let’s blog about something sensible today! Relationships! Not really sensible!

“Ha! Here she goes again ranting about love and cussing her ex.” Said a lot of people.

I loved my ex and I left him because he cheated. Really? Is that the case? He talking to a girl and flirting with her was that a big deal to break-off a 3 year relationship? He didn’t have sex with any other girl. A lot of people think, I should give him a second chance that includes him as well.

A lot of people might think I could have just left if I wasn’t feeling the love and commitment thing earlier with him. I agree I could have. I didn’t. I spent 3 whole years with that guy and I knew him a lot better. If I told him the real reason for the break up, he would never understand.

Was I in love with someone else? No!

I was in love with him and never planned to stray beyond him. We were perfect in my imagination. Sadly, I wasn’t respected enough. He was being himself and by that it means that he used to ignore me and my messages and calls for hours and sometimes, days! He never planned a single date. He never reached on time for a date. He lied to me about not being drunk or not being high. He spoke to me rudely when he was intoxicated. He raised a question on my loyalty on the basis of the fact that I had a past with another guy. He lied to me about still chatting with his ex and blamed me that I talk to mine, even though I didn’t. He asked me to not dress a certain way. He asked me to stay away from my friends. When I asked him to stay away from his friends, he said I am too demanding.

He never respected me and treated me well on an emotional level. This was the only reason I wanted to leave him. I also knew that he will never let go of me. I was his golden ticket to everything. We both knew it, our families knew it.

I broke up with him once before and I told him the things bothering me. He came back and apologized in 3 hours. I knew I was trapped and I wasn’t happy anymore. I couldn’t confide into anyone because I created this image of us being the perfect couple. My ego would hurt if I took help from anyone. I spoke to my best friend, but she was in much deeper shit than mine. One day, I got to know that he has been chatting and flirting with this girl from work. I was furious at first and then my inner self told me to use this as the best reason to leave. No one would blame me for the fact that he was cheating.

Was my ego hurt that he cheated on me? My ego was hurt and the tears of anger were constantly there, but I knew this was my last chance to get out of an unhappy relationship. I wished them both luck after a lot of cursing to my ex on the phone and I cried the hell out. My mom cried along with me. I knew the entire world around me had that look, “We told you so…” But at that moment they had the decency to keep their mouth shut and just let me be. After the break up, I lost my job due to health reasons. That was my rock bottom.

I lost the guy, I lost the job, and I had put on hell lot of weight. Stress eating increased day by day.

As they say, the sun rises after every night. Mine was a little late in rising, but it surely did.

At the moment I am single and very happy. I haven’t been happier than this. Yeah my work sucks but at least I get paid enough to get back to where I was.

Ahh well! That was a lot of rant, yet again!

Whatever! Have a great day or night, depending what time zone you follow. I am quite in the American time zone, though! My brother just woke up for his work and I am planning to run to the bedroom to sleep.

2 thoughts on “The break-up reality!”