Someone told me just today at the ice-cream shop ‘you don’t look Bengali!!!’ ah well it was an acquaintance from the Durga Puja Committee…  I just have seen him quite some time and he is kind of cute… but obviously after this 60 minutes chat I had with him, he isn’t cute anymore.

On his comment coming out of nowhere, I looked at him, smiled and said, ‘I wonder how a Bengali is supposed to look!’ (Sarcastically, obviously) he looked at me confused and then started a typical Bengali debate. The debate was unnecessary but it was for obvious reason, EGO! I have been hearing that I look like a typical Bengali all my life. It isn’t my fault if most of the Bengali girls now-a-days are turning into a Zero-size babe! I have seen all my life Bengali women with big seductive eyes, good knowledge, and good command over language, a bit on the healthier side and long hair. For me except for the long hair, everything exists, and he says, ‘I don’t look like a bong…’ ‘Fucking Absurd’ was the term I was going to use but then thought I can’t be rude in words rather be rude in gestures. 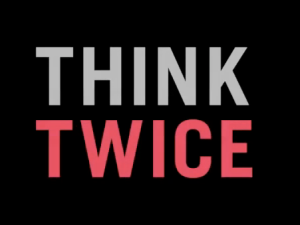 He then explained me, his version of a bong babe and then said, ‘you just don’t look bong to me…’ my, my! He said that again. I thought: ‘this guy has enough guts than I think he does.’ So I just ignored his comment and told myself: ‘Mita, its okay! Chill! Every person has their perception…’ this did wonders for me till the moment; he asked if he could join me. I said, ‘I wanted to sit by myself’ (which directly or indirectly meant, ‘NO!’) but he seemed to ignore my remark and sat next to me. So he started talking about his future plans and blah-blah-blah… I didn’t understand anything he said. No, I mean he spoke normal English, Hindi and Bengali but I just kept correcting his speech the entire time. He has big plans, it’s good to have such big dreams and plans (I, myself have some…) but this guy is just dreaming and not trying to achieve it… anyway, so after some minutes of his big plan discussion or rather speech I would say, he came back to the topic of how and why I don’t look a Bengali…

Most of his reasons were acceptable, like long hair, decked up like a princess (Bengali girls are usually decked up but I am not into it…) and many more but one thing that just blew my mind off was when he said, ‘and the last reason, I don’t think you look like a Bengali, because, you wear shorts most of the time… I have seen you a couple of time outside your house and have seen you with shorts on…’  I had the ‘COME AGAIN’ expression on my face and I guess he understood it quite well… so he clearly tried to correct himself by saying, ‘it’s completely your personal choice but, haven’t seen our girls wearing shorts outside the house to bring some household things…’ I am not a BIG CONVERSATION person with people I don’t know, so I just said, ‘well would like to correct you on that, you said you haven’t seen ‘our girls’ wearing shorts blah-blah-blah! But Ghosh you have seen me in shorts earlier and… even now I am in shorts (I stood up) and believe it or not, I am a C-H-A-T-T-E-R-J-E-E’ he shook his head and we both decided to get back to eating our ice-creams and leave… 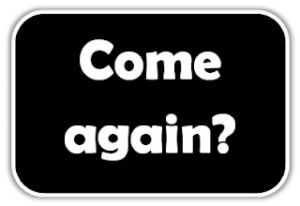 I thanked god the moment he got a call and I just finished my ice-cream and waved him a goodbye and started rushing towards the door… luckily I got the best escape form a guy who actually judges a person from his clothes. I mean come-on me and all my girl cousins, are Chatterjees and we are the girls who wear shorts all the time… that doesn’t mean that we are not Bengalis…!!!

Well yeah I am too bad with spoken and written Bengali, as a matter of fact all my relatives are… also I am not from the family of TALL and FAIR people! We are short and wheatish as my Grandma used to say. I am a person in my family who is the quietest because I prefer reading a novel rather than talking to people around me who are actually not talking but gossiping… my brother calls me a bore and hates when I tell him to BEHAVE in the public… I have one of the sexiest and seductive eyes one could have. I have the curves at the right places (I know, I am Hot even with those extra pounds on me!) and also No One ever taught me How To eat a Fish, I knew it from BIRTH! 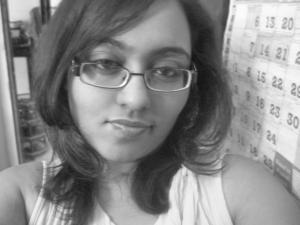 I am a Bengali because though I am more of an angrez when it comes to movies, but I get excited and act like a child when in some Hindi movie, one of the main characters is a Bengali. For instance, when I had heard of the movie Kahaani and was informed that it is a movie that is based on Bengalis and Kolkata, I was super-excited about it and kept telling everyone I met in person or online about it… I also sent a text to my mom about it with 3 smile emoticon at the end of the text. So, yes even the word Bengali or anything related to it EXCITES me to the fullest…

I am a Bengali because I love food. I actually get up in the morning and ask, ‘naashte mein kya hai?’ while eating my breakfast I am more concerned about what’s cooking for the afternoon and so on… when a cousin is about to get married, I am more concerned about the food that is there on the menu and not on how the couple is looking. I go to a hotel and take lots of time to decide what to order and then crib the entire time because the guy sitting next to my table has ordered something even more delicious and now I want that! I don’t go to parties that have no Non-Veg food on the menu! So that is how much I love my food and fish!

There are many things that is so common in most of the Bengalis… and even if not, come-on every person is different. No one can say if a person is Bengali or no just by the way they look, dress or talk… stop judging people! Okay there have been times, when I and my friends or mom have tried to assume what a particular person is – Bengali, Marathi, etc… but going to a conclusion and then saying that on the person’s face is RUDE!

Aakash Ghosh is certainly reading it… though he isn’t on my Facebook but I just found him, and now after I publish this post, I am sending him a mail on Facebook just to let him know that, ‘Ghosh babu, you happen to be famous!’ 😉