A guy saying: “I don’t want to be in a relationship but just have a relation called ‘friends with benefits’…” is okay and people then say: “he’s a dude man!!!” but if the same thing is said by a girl, people say: “Woahh!!! She actually said that???”

Why does it matter if it is said by a girl or a boy? Anyone says it, it means the same. Doesn’t it? A relation called ‘friends with benefits’ is very widely accepted in countries apart from India… here, if we say something of this sort there’s a raised eyebrows… even a live-in relationship is not accepted here…

There are girls who don’t want to be in a proper relationship but that doesn’t mean that they won’t have any desires… they can have so many desires, and that is where comes to the picture something called as ‘friends with benefits’.

Girls are more comfortable with their friends. Moreover, even guys are comfortable asking their friend if they want to be in a ‘friends with benefits’ relation. But the point is when a guy asks this, no matter how the girl reacts but for the WORLD the guy is a cool dude. And if a girl tells her guy friend, “let be in ‘friends with benefits’ relation” the same WORLD would say: “this girl is a gone case.” Well our society is a DOUBLE-STANDARD society. No doubts about it but till when would we face this DOUBLE STANDARDS???

Going back to ‘friends with benefits’ relationship… this relationship doesn’t work as it was planned to be. Either of the one would fall in LOVE and would spoil the entire thing. Love is undoubtedly a wonderful feeling for those who have been through it but there are many complications. Now-a-days I try avoiding the topic love because I, myself am very confused about the topic but watching No Strings Attached so many times, led me to think, “does this relationship called ‘friends with benefits’ exist?” 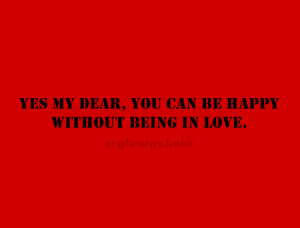 I am really not sure about it but yeah the movie is a good one. But even if we try looking at the movie, they fell in love eventually… anyway; I love Ashton Kutcher and the movie so it’s all good to see… but I really want to see something as ‘friends with benefits’ here in India, that is accepted and taken on a good note. To be frank, people still have this relationship but  are scared to  say it aloud…

5 thoughts on “FRIENDS WITH BENEFITS RELATION: could it be said aloud?”