“Here comes my EX through Technology!!!” 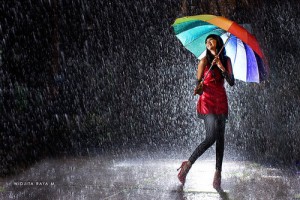 Technology is something that undoubtedly brings people closer… I must’ve never had a word with my cousin sister about things like her guy and her guy’s family when she was here in India, but now when she is away and in touch only through Facebook and Skype I keep hearing about her guy and her ‘family life’ most of the time!!!

My brother recently downloaded Ebuddy on my mobile and I am kind of addicted to it… it is super cool to be online the entire time when I am not working— I mean taking calls!!! Yesterday in the afternoon when I was on the way to my work I got a ping from my cousin who spoke to me about everything and just then I saw another ping and guess it was who!!!

It was my EX!!! Not my EX exactly because I was never on a formal relationship with him but whatever it was the guy I used to like!!! And we spoke a lot!!! I mean we usually spoke a lot even today, as he is a very good friend… but it was after a long time when he called me ‘baby’… it was like we usually spoke formally:

You know this was we used to talk since the last one year but yesterday he was again HE!!! He flirted with me!!! Though things have now changed from my end this time but it feels good when a guy is behind you totally whom you used to like once upon a time and he had no time for you then!!!

Yesterday was a wonder afternoon… while I was chatting with my cousin about her guy and her family; my ex must’ve sent me like 10 messages on the chat asking, “What happened?” I mean it feels awesome when someone goes all gaga behind you and you don’t have time for him…

I once had thought to be serious in a relationship with this guy but didn’t get the positive response from him. He changed me a lot!!! It’s because of him that today I don’t believe in relationships, don’t believe in love!!! I was never a girl who would talk about Casual Relationships but today, yes I have been talking about it!!! Not to him but otherwise!!! I never flirted with anyone!!! But as I said he has changed me completely!!! Whatever he did wasn’t wrong but it made a big impact on me!!! 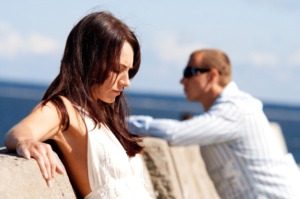 I would actually like to thank my ex for what he did as it has made me happier now!!! I am more carefree and as we call it in Hindi, I have become … yesterday I was happy to see him waiting for me… I could feel the impatience in him!!! I could feel how insecure he was feeling when he asked me, “you were busy with whom?” technology it is!!! I love technology especially after yesterday’s event!!!

I got my ex through technology, though I don’t want him now… wouldn’t be serious with him at least… love this feeling!!! Can’t express my feelings with words today!!! Or have I expressed it already!!!